In autumn Jacobs Kronung released a limited edition of two new coffees with warming flavors. These flavors were combined with the image of sweaters, which appeared on the packaging and cups of coffee as part of a recognizable element of KV. For this promotion, I’ve created the image of those cups and later materials based on KV (in cooperation with other graphic designer) including leaflets, newsletters, posters. 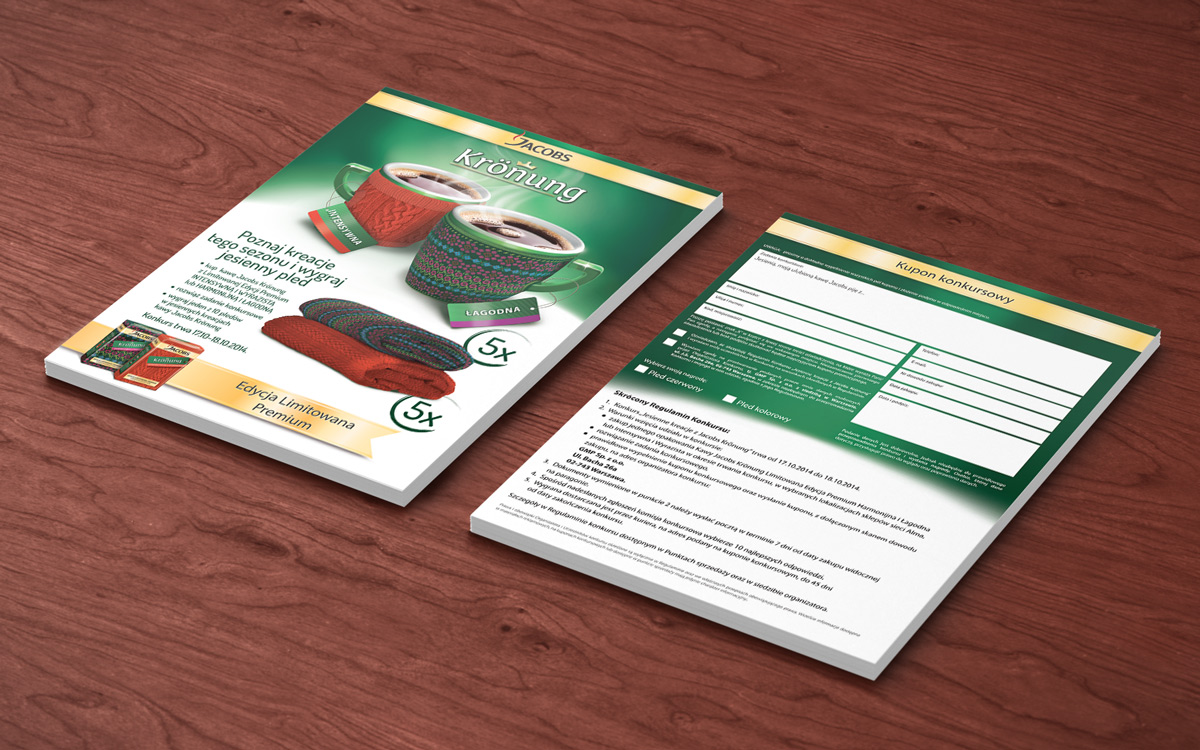 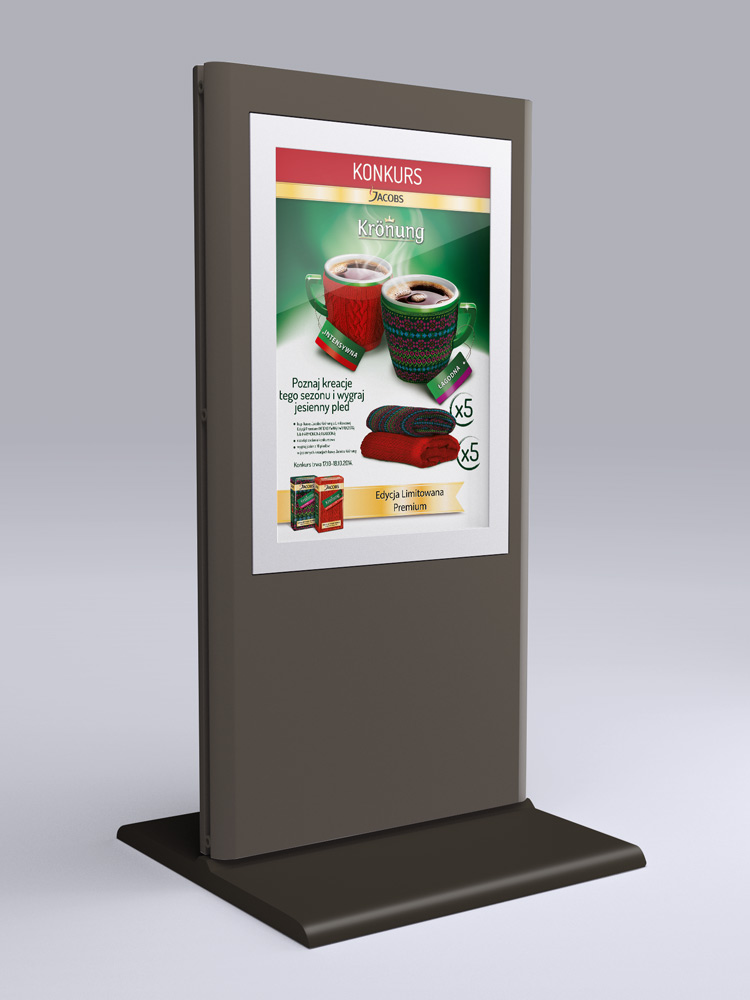 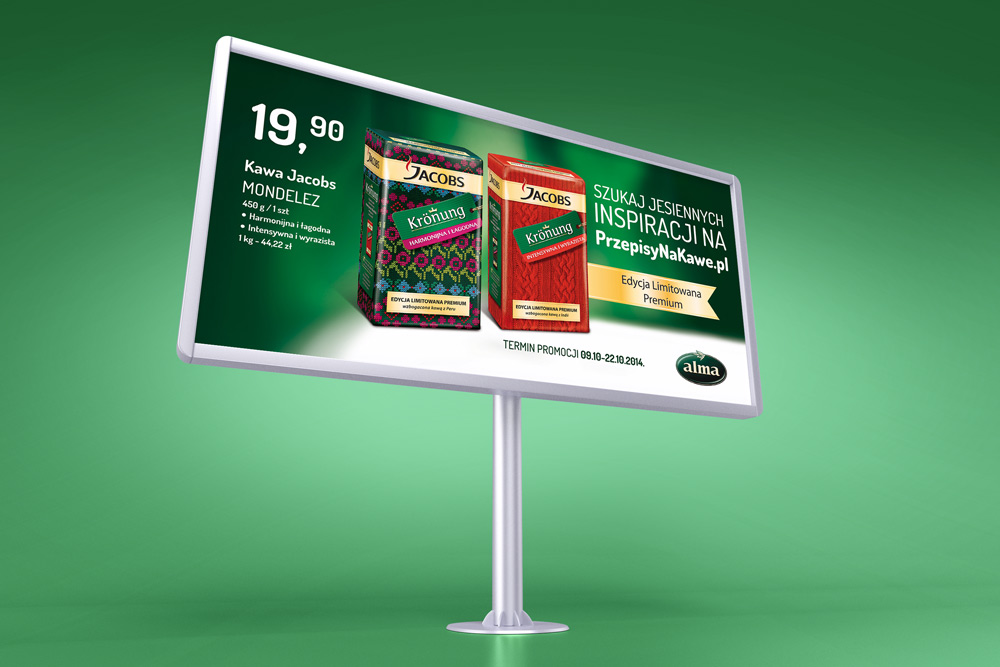 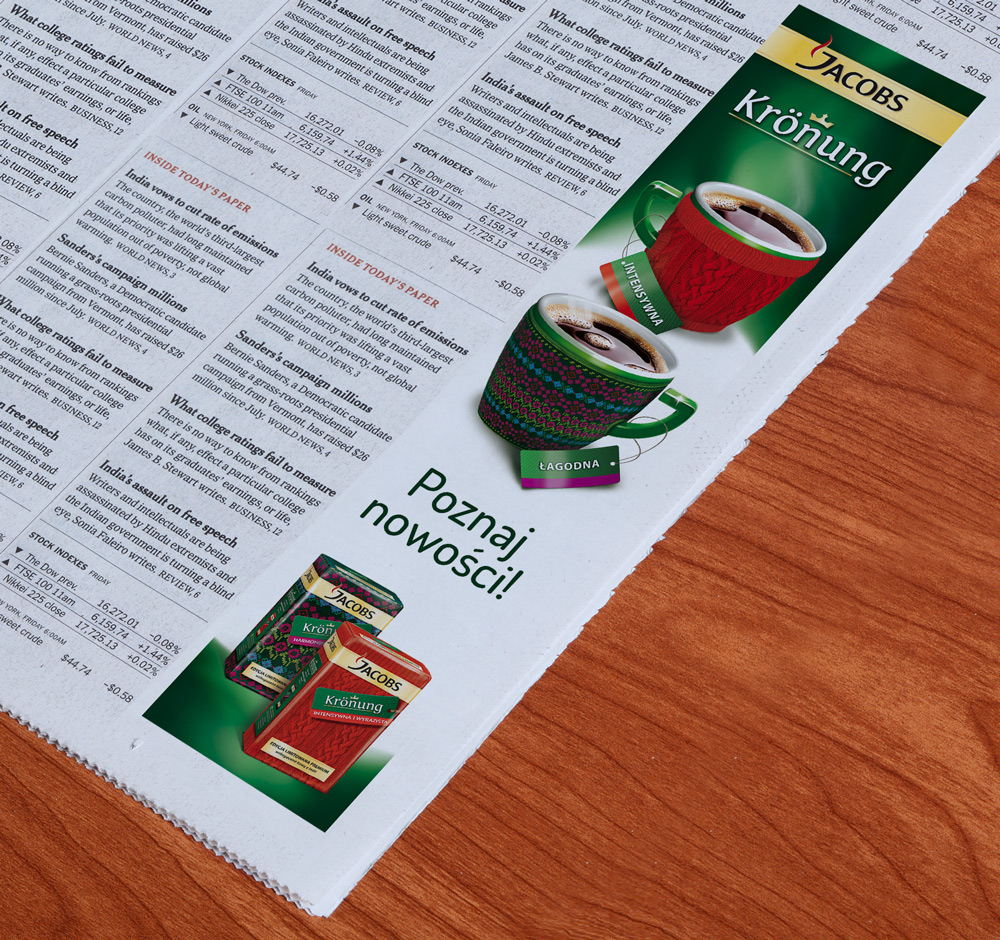 Examples of other works with the same category